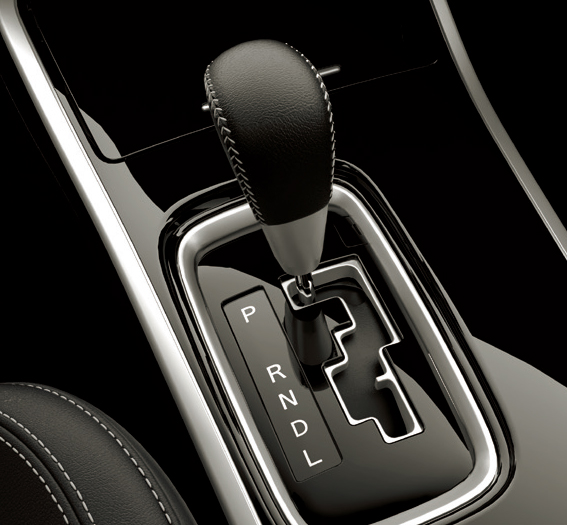 In older cars, engines were equipped carburetors to dispense fuel into the motor to make power. Carburetors are now generally found on small engines such as lawn mowers and chain saws. In the effort to make cars more fuel efficient carburetors were replaced by fuel injection. Computers now control the delivery of fuel into the engine versus the use of a mechanical device. With an ECU ( engine control unit ), the management of the mixture of air and fuel could now be more finely controlled.

In the past, shifting the transmission into neutral while traveling downhill saved fuel. This was because carburetors still consumed fuel while the vehicle was in gear.

With the use of computers to control fuel delivery shifting into neutral was no longer necessary. When you remove your foot from the accelerator the ECU switches the injectors which are responsible for fuel delivery into the cylinders off. They will remain off until you press the accelerator again or you come to a full stop, so the engine will continue to run.

Shifting into neutral while coasting in a modern car results in zero fuel savings and actually consumes more petrol or diesel. When you do this the effect is the same as having the vehicle stationary and having the engine running at idle speed. Fuel will be consumed because the engine computer is reading that the transmission and engine are now disconnected from each other, so the ECU will command the injectors to spray fuel because it is “seeing” idle conditions to keep the engine turning over.

Therefore, unless you are driving a car equipped with a carburetor shift into neutral to save fuel.

Another disadvantage to shifting from neutral back into gear while in motion is the extra wear and tear on your transmission. As mentioned earlier, shifting into neutral disengages the transmission from the engine.

The transmission was designed to shift gears and to transfer power from the engine to the wheels to get your car moving. The parts within the transmission will slip past each other instead of engaging simultaneously resulting in higher temperatures from the increased friction. Most modern transmissions are not serviceable, meaning you cannot purchase internal replacement parts and even when they are it is very costly to do so.

You can shift into neutral if you are at a long duration stop light or if you are stopped in heavy traffic for an extensive period of time. The engine rpm’s will be lower in neutral than in gear, so you will experience some fuel savings.

So keep your car in gear on the move.