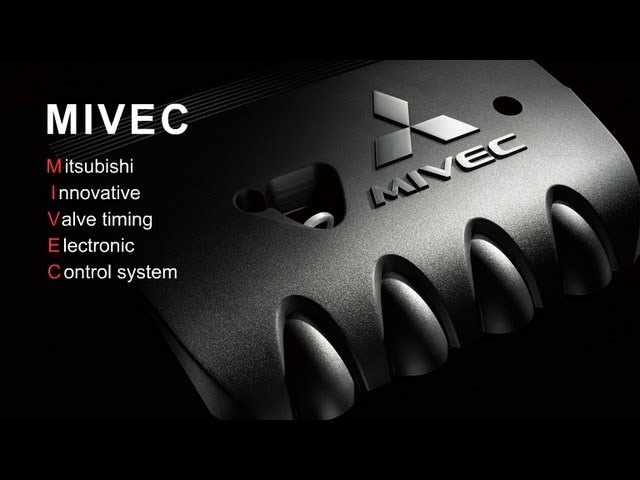 Mitsubishi’s unique valve timing system maximizes fuel efficiency and engine power across all ranges in the of operation of your engine. This is done by varying the length of time the intake valves remain open, valve lift stroke and throttle valve opening.

Petrol engines without this technology control the air entering the engine by using what is called a throttle valve only. When a piston in the combustion chamber descends in this type of engine air resistance increases in the air intake system. Power is lost and more fuel is consumed in comparison to an engine equipped with MIVEC. Power and fuel efficiency increases with Mitsubishi’s technology because the intake and exhaust valves are opened sooner and the lift stroke of those valves are also adjusted to decrease the intake air resistance. Intake air resistance is also reduced by decreasing the amount of time the intake and exhaust are opened at the same time, called valve overlap. Air flow cannot start or stop instantaneously, so while the exhaust valve is open the intake valve is also opened, but earlier for fresh air to enter the engine just before all of the exhaust gases exit the engine and the exhaust valve closes with MIVEC. The combustion process is stabilized using this technology, as well as a reduced volume of re-circulated exhaust gases.

At partial throttle loads the intake and exhaust valves closing times are retarded and valve overlap is reduced. A greater volume of exhaust gas is recirculated and the loss of efficiency due to intake air resistance is also further reduced.

Most time spent driving is either at low or medium engine loads meaning at low or medium throttle positions. Mitsubishi has therefore ensured your engine will be operating at maximum efficiency at all times, so you can enjoy a smooth running and low fuel consumption.