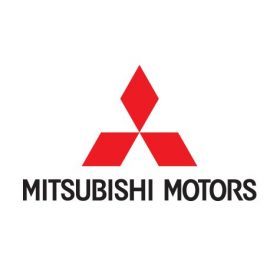 It has been announced by Mitsubishi Motors Coporation (MMC) the Eclipse Cross has been awarded a five star collision safety rating from the Japan New Car Assessment Program(JNCAP)*1 which is the highest level when testing for crash performance.
The Eclipse Cross is constructed with energy absorption materials, deformation resistant passenger area, with seat belts and airbags for added safety. Energy has been improved in the headlamps, bumper and under the bonnet, more space in the engine bay for pedestrian safety. It is also equipped with Forward Collision Mitigation(FCM) braking which alerts the driver of oncoming danger and enhanced braking performance to reduce emergency effort.

About MITSUBISHI MOTORS
Mitsubishi Motors Corporation is a global automobile company based in Tokyo, Japan, which has a competitive edge in SUVs and pickup trucks, electric and plug-in hybrid vehicles. The company launched the i-MiEV – the first mass-produced electric vehicle in 2009, which was followed by the OUTLANDER PHEV in 2013 – a plug-in hybrid market leader in Japan and Europe. Mitsubishi Motors has 30,000 employees and a global footprint with production facilities in Japan, Thailand, China, Indonesia, Philippines and Russia. Models, such as the PAJERO SPORT/MONTERO SPORT, TRITON/L200 and OUTLANDER play a major role in achieving its growth. The global sales volume in fiscal year 2017 was 1,101,000 units, and the net sales of Mitsubishi Motors for fiscal year 2017 was 2.19 trillion yen. Mitsubishi Motors is listed on the Tokyo Stock Exchange.